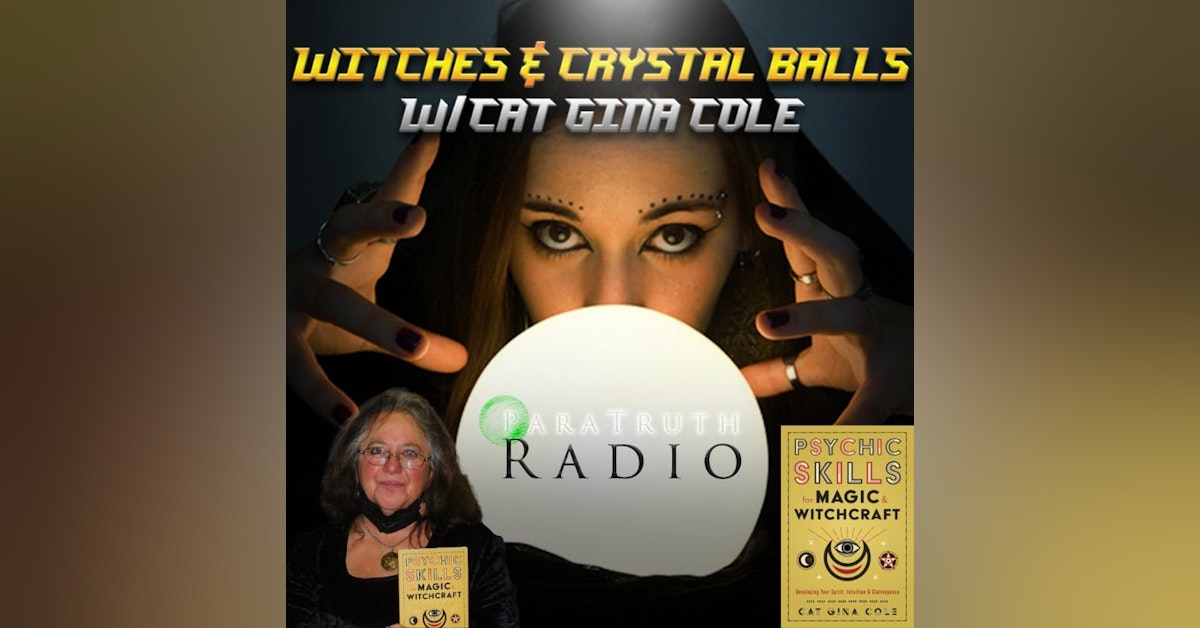 On this episode of ParaTruth Radio, Erik & Justin talk to Cat Gina Cole about her book, Psychic Skills for Magic & Witchcraft. They discuss whether all witches have psychic abilities, what drew Cat to witchcraft, some of the skills she discusses in the book, and so much more. Follow them down the rabbit hole once again and discover the truth. 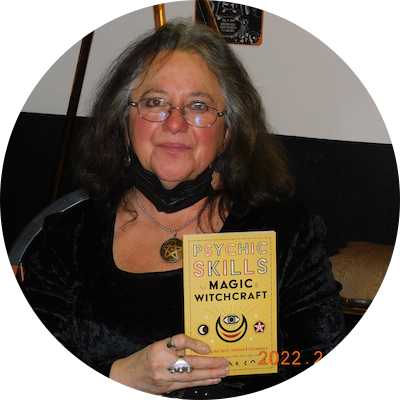 Cat was raised in a magical system by her mother and grandmother and was initiated by them into the family tradition at age 13. Over the years her grandmother taught her the ways of a Hedgewitch, Wortcunning, and “The Knowing” which is a mix of clairsentience, personal gnosis, and psychic ability. From working in the garden with her grandmother Cat became passionate about herbal medicine. Her insights about this are often discussed in her Facebook group Herbal Alchemy.

Cat’s mother being less traditional, was a progressive-minded Christian Mystic that gave Cat her interfaith morals and taught her to be an avid reader. Cat’s literary education in the craft began at age 10 with authors such as Edgar Cayce, Marion Zimmerman Bradley, Lobsang Rampa, Gavin, and Yvonne Frost, The Golden Bough, and many more which she continues to this day.

By the age of 18, Cat was adept in clairvoyance, UPG, dream work, astral travel, mediumship, and empathic skills. She went on to use those skills in her work as a Dual Diagnosis counselor when inspired by Judith Orloff’s book Second Sight. During her 15 years of counseling, Cat worked in such places as the Salvation Army ARC, The city detox, methadone clinics, and The Native Nations in Portland Oregon.

Cat later stepped into the public arena of Paganism at age 50 through Rowan Tree Pagan Ministries. There she began teaching and became an Ordained Pagan Minister and High Priestess and ran RTPM as a public organization for five years before going non-public.

In February of 2020, Oberon Zell added Cat to the Grey Council and Cat began writing for his magazine The Green Egg. The magazine and her articles can be ordered at greeneggmagazine.com. That same month Cat secured a book contract with Llewellyn at the last Pantheacon.

Her book, Psychic Skills for Magic and Witchcraft, was released on February 8th, 2022, and is available through Llewellyn, Amazon, Barnes and Noble, Kindle, and many other venues.

In her personal time, Cat enjoys helping the greater Pagan community through networking and creating spaces for like-minded folks to gather. So she created and admins, The Rogue Valley Pagans Group, The Klamath Falls Pagan Spiritual Group The Grants Pass Pagans Group, The Roseburg/Umpqua Valley Pagans roup, and The Elders and Leaders Group so that those folks would have a place to communicate and share. Cat’s main page on Facebook is Earth Witch Cat Gina Cole, where she is happy to chat with anyone who has questions and you will see her in many other Pagan groups on Facebook. You can also follow her on Instagram.

Cat also has an author page at llewellyn.com where you can see the atricle she wrote for the Llewellyn Journal and some of her events. On her website at catginacole.com, she writes a blog about psychic skills, Magic, Witchcraft, and Herbalism. You can find the many other articles she has written there too.